What is the name of the vampire on Sesame Street? No, it’s not Count Dracula. Count von Count. Or just the Count. NOT Count Dracula.

The Count is undoubtedly Kevin’s favorite character. Has been for quite a few years. Kevin met The Count several times at Sesame Street character Meet and Greets.

He has a Count doll that he just adores. Takes it with him everywhere. Sleeps with it.

The Count on Sesame Street

Recently we had a Count crisis.

We were at my other son’s basketball game, and somehow, we left without the Count. I had all kinds of school personnel looking for him (I have friends who teach in that same building) but no luck.

Thankfully a cousin was able to replace the doll. Because he does have other Count dolls, but he’s very particular about this one.

I couldn’t care less about what people think about my child carrying around a doll, it makes him happy and comforts him. But I have learned that there is a ton of misinformation about there about Count.

I have had dozens of people call him “Count Dracula.” Gasp! Even a few “Count Chocula” references. What is wrong with you people?

His name is Count von Count.

I thought I’d share some fun facts about our favorite counting vampire.

Sometimes I feel like we have every Count von Count doll that there is. Then I go to a consignment sale or something and I find more. Ebay and Amazon are also great places to look. Or etsy.

The Count does not appear in the 2018 traveling performance of Sesame Street Live. However while we were there, cast members assured me that he will be in the 2019 production. 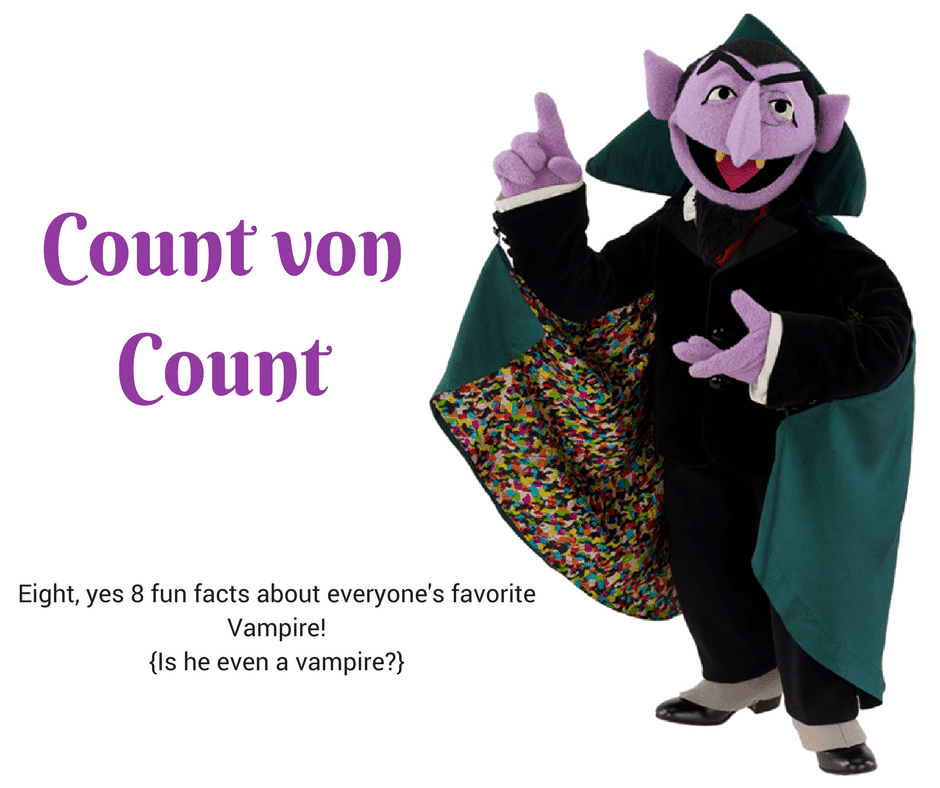