Several months ago, I was offered the opportunity to go to Florida to preview Sesame Street Live. I don’t remember the reason I had to decline, but I couldn’t go. I was thrilled that the PR firm handling this event remembered that I said that my son and I just love Sesame Street. They offered us tickets when it came to Philadelphia last week.

They did not ask for anything in exchange for the tickets, however, we had such a great time that I wanted to do a post. First, the details on how to get Sesame Street Live tickets.

How to Get Sesame Street Live Tickets

This year’s show is called Let’s Party! All ticket information and list of cities can be found here.

Is it worth the added money? In a word, YES. We genuinely enjoyed the pre-show experience more than the show. A disclaimer- we go to Sesame Place several times every year and see all of those shows and the parade, repeatedly. So while we enjoyed “Let’s Party” it may not have been as special for us because we’ve seen so many of the live shows. The shows at Sesame Place are about 30 minutes and this one is almost 2 hours. But I would say that they are the same quality.

Anyway, for the pre-show, they divide you up into groups. One group at a time gets to go up onto the stage and meet some of the characters.

I had looked online before we went, and from what I could tell, Count is not in Let’s Party. That was confirmed when I got there. However, his second favorite character is Oscar and he got to meet him.

After it was Kevin’s turn, we stayed in the arena and watched the other groups. Some met Abby, others met Cookie Monster. All the kids really enjoyed it.

I have to say, while all of the children were enjoying themselves, I felt that the show was a little slow. Usually Sesame Street does a great job of inserting a few adult jokes and inferences to keep us engaged. I felt this one was really all for the kids. Not that there’s anything wrong with that.

You will see a lot of kids and parents dressed in Sesame Street theme shirts and hats.

Kevin genuinely enjoyed it. I liked the references to recycling and other lessons that kids need to hear.

We did the extra photo that they have in the lobby. I love the way it turned out.

When we go to things like this, I sort of expect to spend a lot of money. You know that Sesame Street Live merchandise is going to be overpriced. But, for the most part, you really don’t find that at Sesame Place.

For instance, I’m pretty sure that the bubble guns they sell for the Sesame Place parade are around $15. At the show? It was $35. I bought Kevin a small plastic Cookie Monster bucket of cookies and a themed sippy cup of juice, and together it was $27. Cookies and juice for $27?

That’s a bit much. I understand that there is going to be markup, but this is ridiculous. Plus, I only had one child there. I can’t imagine what you do if you have 2-3 or even more kids there. $100 for cookies and juice for everyone?

That being said, that really is my only complaint about the entire show and experience. We only go to this once a year, so I just plan on this being one of his splurge events. Or, it would have been relatively easy to avoid the merchandise stands.

So if you and your family are trying to decide whether or not you should attend Sesame Street Live and the pre-show experience, my recommendation is…..YES. 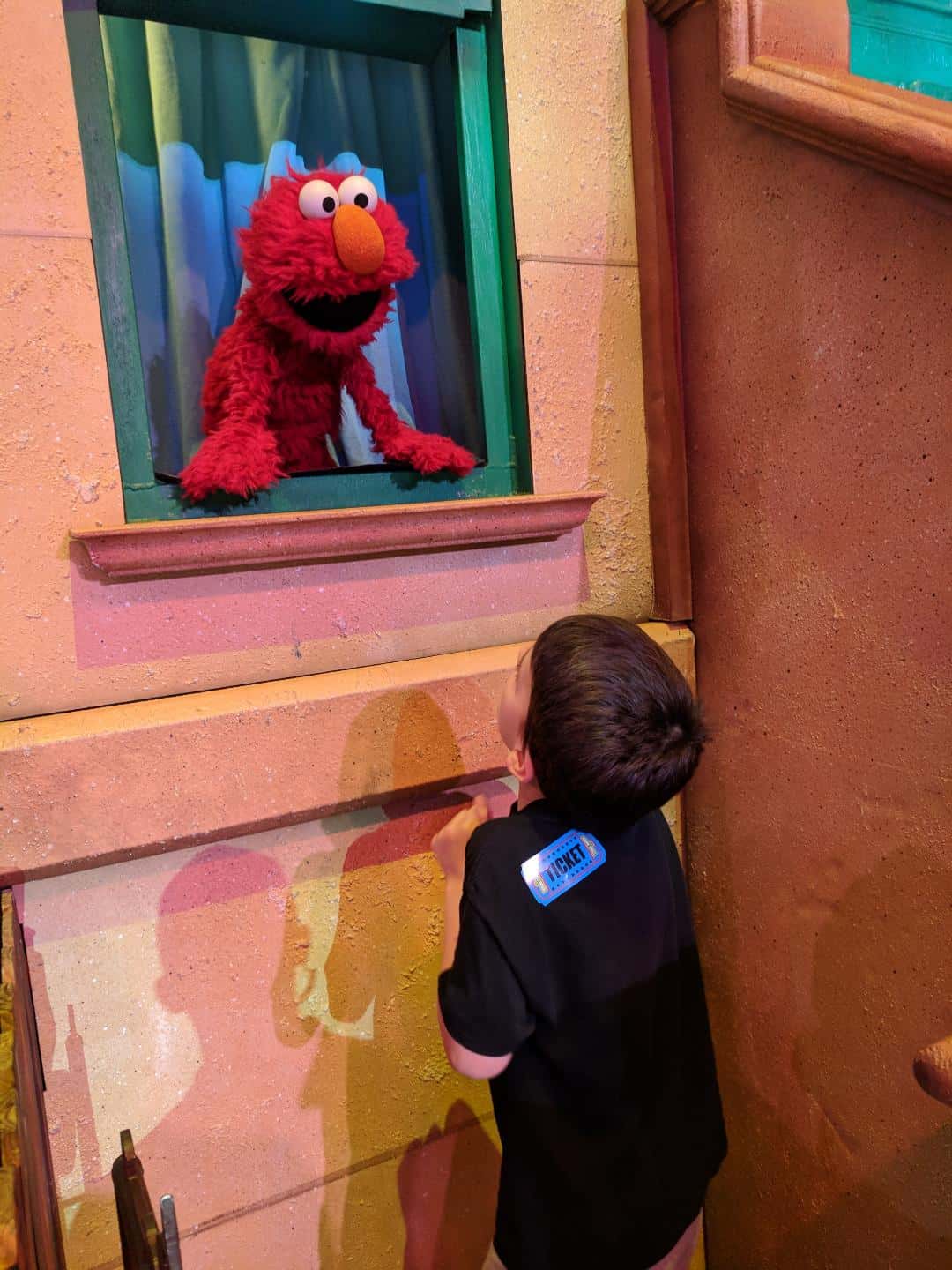