It’s hard to believe, but Kevin has only ever had one Sesame Street Birthday Party. And I call us fans! To make it worse, it was his first birthday, so we didn’t even have any Sesame Street party games because he was so little.

But, this year, I want him to have a nice party. His birthday comes at a really bad time of year. Everyone is in the throes of Back-to-School, Labor Day and enjoying the last bits of summer.

It was easier when they were in preschool. Now, most years, Kevin is off for his birthday but his brother has school, so I’ve been taking him to Sesame Place for the day. Another year, I took him to Sesame Street Live.

This one is pretty easy to do, especially if you already have a cornhole set. And, you can just use brown cardboard and magic marker to make cookies for this Cookie Monster Party Game.

This summer I want to make the effort for him to have a nice party, so I’m starting the planning now. Here are some Sesame Street games that I found online.

A silver trash can and crumpled up paper. Doesn’t get much easier than that!

I’m sorry but the list gets reduced when I update it. Too often, blogs get taken down and the link no longer works.

If you have a great Sesame Street Party Game that you want to share, please leave it as a comment and I’ll add it to the list. 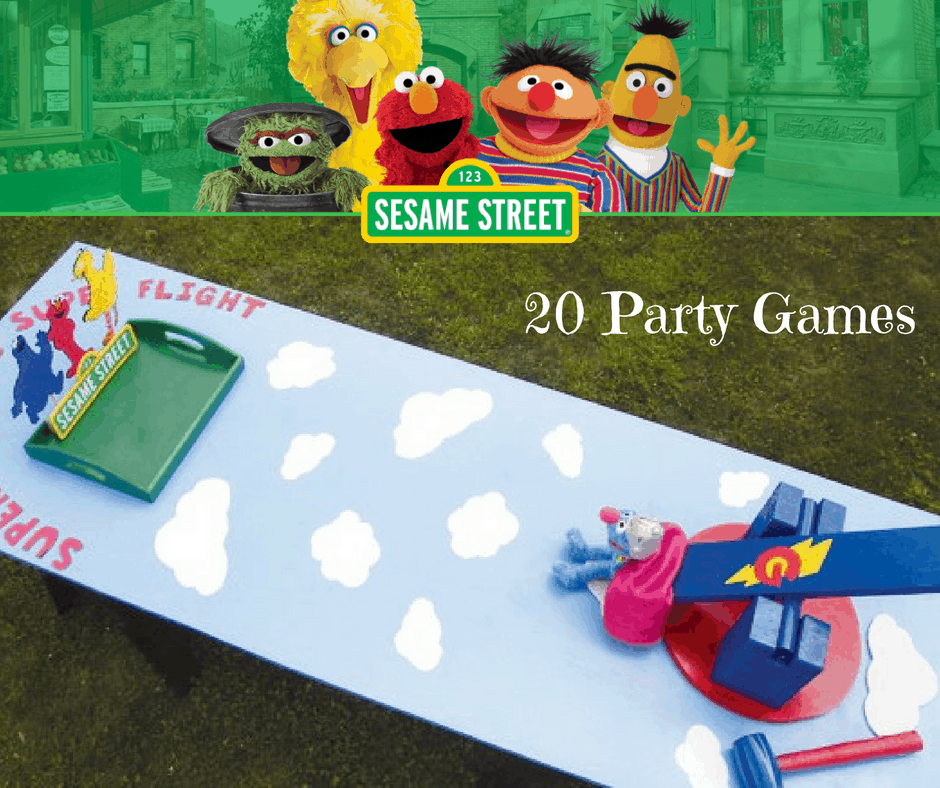